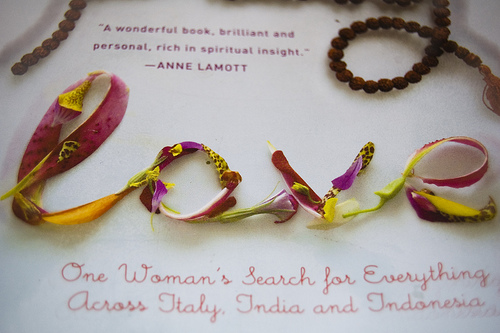 Last year, I read Elizabeth M. Gilbert’s quest story Eat, Pray, Love. Taglined as ‘One woman’s search for everything’, and based on Gilbert’s own experiences, the book is the kind of popularised self-help/spiritual crossover that appeals to the specific female market that made Chicken Soup for the Soul a global phenomenon over a decade earlier.

Structurally, it’s pretty basic. As she cries on her bathroom floor, ruminating on the dissolution of her marriage, Liz decides to pray. And then (being a travel writer), she decides to travel and write about her experiences – firstly in Italy (where she falls in love with eating), then an Ashram in India (where she throws herself into praying to find her ‘balance’), and finally Bali (where she accidentally falls off balance and finds love again – both with herself, and with an older Brazilian gentleman). Formulaic and twee – or at least it would be, if it were fiction.

Luckily, the book is a closer examination of how depression can engulf you, how eating is still one of the most primitive and stimulating pleasures, how praying is basically just telling yourself to get a grip, and how achieving satisfaction is actually quite simple. And pain. There’s a lot of pain. You get the impression that Liz is a bit of a masochist – going from one dysfunctional relationship to another, until she literally has to run away from herself to find her place in the world again.

Last night, I saw the film version in the cinema. OK, so it’s a chick flick; with its self-help demographic it was never going to be anything else. But it’s enjoyable. Julia Roberts plays the self-centred, whiny American lead very well. Which is fine, because that’s exactly the character of Liz: she’s annoying at first, then relatable, then vulnerable. She isn’t someone you’re supposed to love, or want to emulate; she’s just an ordinary woman (described by one lover as “slender from afar, squishy up-close”), looking for something more within her already privileged existence.

This issue of therapeutic self-indulgence is something that we’re often made to feel guilty about, and something that Gilbert received criticism for when the book first came out. But if you take it for what it is – a selfish, relatively pointless quest – you can begin to understand why the book appeals to people who travel to get away from the reality of their problems. Which is basically everyone.

The film boasts beautiful cinematography – particularly the wedding scene in India, and the sweeping shots across the rice paddies in Bali (one of my favourite countries). It would also be rude not to mention the gloriously indulgent restaurant scenes in Italy – something that made my friend who I went to see the film with last night send me easyJet flight details for a weekend in Italy at 9am this morning.

When I finished the book last year, I felt happy. When I left the cinema last night, I felt happy. Because actually, hearing the story of somebody else’s relationship with themselves made me feel better about my relationship with myself. Yes, the book is raw and selfish and emotional, but I’m all of these things too. And anything that holds up a mirror in this way is worthy of praise – whether it belongs in the self-help aisle, or otherwise. 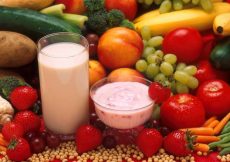