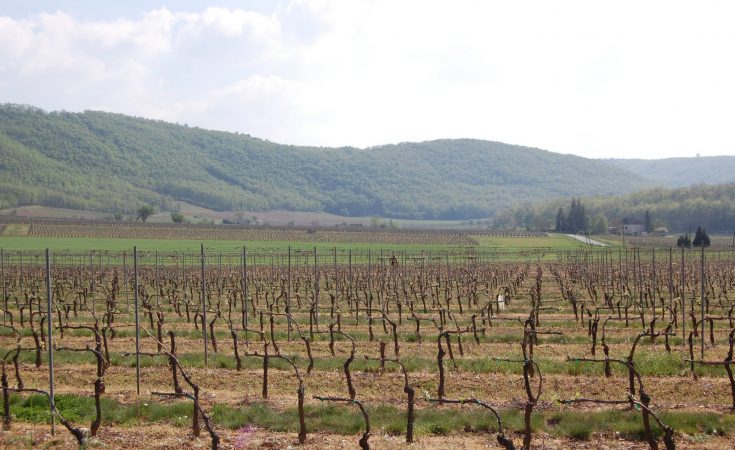 Been waiting a while before posting this, mainly because I wanted to nick the list of place names from this rather brilliant travel write-up. Seems like another world away now, but just over a week ago I was in the charming Lot valley region of France, or as I like to call it, ‘Vineyard Country’.

Perhaps I went with somewhat unrealistic expectations of this trip, since despite my persistent nagging, all I was told about it was that we would be staying with Graham’s Dad Phillip and family in their French home. Cue romantic thoughts of the Grand Designs, Kevin McCloud dream, complete with exposed brickwork fireplace, candles, a ‘library princess tower’, AGA and obligatory golden retriever.

As it turns out, my dreamy expectations weren’t far off the mark.

After an easy Tuesday evening flight to Toulouse, Phillip drove us for two hours through almost human-less towns, villages and hamlets whose light stonework looked eerie against the darkness. I drifted in and out of sleep, but managed to pick up some trinkets of Phillip’s vast local knowledge, including information on the limestone plains, dinosaur relics and commune structures that are so common to provincial France.

We arrived late on Tuesday under a starry sky and to complete silence. The house is situated on the edge of a church square in the hamlet of Anglars (part of the Anglars-Juillac commune, apparently) but all was dark when we got there. We dragged our cases inside and we were met by Karina who was on-hand with hot drinks and hot water bottles, while Graham’s sisters Holly and Genevieve slept upstairs.

Immediate first impressions: imposing dark and beautiful furniture against light brickwork; walls and walls of books (library dream actualised); the persistent smell and sound of crackling timber from the wood-burning oven; paintings and photographs everywhere; and an extremely cosy guest room. Zonked from the day’s travel, we slept soundly.

House in the Lot Valley

In the daylight, everything looked completely different. The house has three-storeys, with the kitchen, lounge/dining room, two spare rooms, balcony and bathroom on the middle floor (where we were based), a vast upstairs dark-beamed attic living space complete with main bedroom, girls’ rooms and bathroom, and the whole of the downstairs devoted to Karina’s impressive art studio (and extra bathroom, naturally). The back garden has two outbuildings and looks out onto a neighbouring chateau, with hills and vineyards on either side. Weirdly, it reminded me a bit of my friend’s chalet-style house in Poland (except the French country version).

Cats with the most wide-ranging collection of personality disorders roamed freely, and took a penchant to waking us up in the mornings by plonking themselves, fatly, on our bed. The rather excitable dog, Duchess, howled along with the chiming church bells every hour. This wasn’t just a holiday house in the country; it was a long-established home.

Wednesday morning was cold and grey (luckily, the weather was to vastly improve from Friday onwards), but that was about the only similarity it had with the London I’d left back home. After what would be one of many lazy lie-ins, we went into the kitchen for a carb-filled breakfast where I was greeted by Holly and Gen, rather excited to be on their school half term break. Listening to them switch fluently from English to French really inspired me to start listening to my French lessons on the tube again; it’s such a mellifluous language.

Tummies happy, we took Duchess out for the first of many walks in the nearby village of Castelfranc. We followed a disused railway bed on the route to Prayssac, pausing to see the old stations and discussing French industrial developments. When in Prayssac, we visited one of Karina’s current exhibitions where I had the chance to see some of her exquisite oil paintings (after bombarding her with art-type questions, I think she gathered that I was a fan of her work and art in general).

Back at the house, and we began an enjoyable routine of reading novels, listening to music, getting involved in lengthy literary and political conversations, and getting RSI from Angry Birds and Wii. 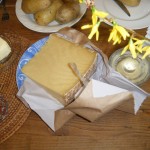 And eating. Did I mention the eating? All varieties of cheese, home-baked bread, potatoes, vegetables, paté, duck, steak and chocolate…in abundance. At times like these I’m thrilled to be the only non-veggie member of my family. The vin rouge played a massive part too, of course, and having stopped off at a local vineyard shop earlier in the day, we cracked open one of many bottles of the trip to enjoy together.

Thursday was Girlsday (plus Graham), with Karina, Holly, Gen and I partaking in a spot of shopping in the ancient town of Villeneuve, still complete encased by city gates and charming architecture. Then it was on to an exhibition by a local artist, whose name escapes me, but whose art didn’t. Of particular interest were duplicate paintings of local scenes – as if trying to capture the places at different times of day – and the richness of detail expressed through oil highlights on canvass.

The drive back took us up through Pujols, one of many bastide towns on a hillside that form the landscape of the area. The views would’ve been beautiful if the day wasn’t so overcast. We also passed through Puy l’Évêque – coincidentally the town featured towards the end of William Boyd’s Any Human Heart, and also where Gen happens to go to school. I was reliably informed that disappointingly the TV series probably wasn’t filmed there, as the locals would be sure to have been talking about it for months. As the red sun dropped beneath the ridge of the valley, I really started to feel that certain ‘I’m on holiday’ sense of invincibility.

Crossing ‘The Singing Bridge’, one of many narrow bridges that straddles the River Lot, and fearing ever so slightly for my life (these bridges are nothing like the Severn Crossing), we pulled back into Anglars. As the evening drew in, we once again began our happy home routine of eating and reading, with Phillip taking me through his vast science-fiction collection and recommending countless books and authors, while I did the same. Now seems a good time to mention that my present to my hosts Phillip and Karina was, rather appropriately, a copy of Boyd’s Any Human Heart, which they seemed to be enjoying when we left.

That night, the stars were out – a complete canvas of bright pinpricks, which we admired from the balcony. It reminded me of our trip to Greenwich Planetarium a couple of weeks earlier, except it was actually real. 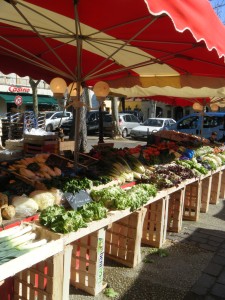 Friday morning, and blue, sunny skies were the perfect setting for the morning market in Prayssac, selling everything from oysters to pansies. In such a provincially French environment, I was surprised to hear so much English – American accents, in particular – but I guess it’s a popular ex-pat spot. Phillip then drove us to pick up the girls from their horse riding lesson, and something about standing in that hazy field, with the sun pulsing down, patting the horses reminded me so strongly of an out-of-reach childhood memory of a family holiday somewhere. Moments like those are always quite lovely and affecting.

In the afternoon, it was another long local walk, just shy of two hours, past pretty fields, watercress farms and churches. I really rather enjoyed it, although I don’t think any of us were prepared for the steep climb at the end. Still, it felt good to know that I was at least attempting to burn off some of those many calories I was consuming.

That evening, we all gathered round to watch old home videos of Graham, Mel (sister on the other side) and Phillip and Karina when they were living / holidaying in Singapore and Asia. It made me realise how wonderfully well-travelled the family were, and how they were not just lucky, but brilliantly ambitious to actually go out and embrace the ex-pat lifestyle. Inspirational.

Saturday, and another brilliantly sunny day, with temperatures at about 15 degrees and a real sense of spring in the air. Graham and I took crazy old Duchess for a long walk around the vineyards, with the driving montage scenes from the film Sideways flashing, and weirdly, the Thailand marijuana fields scene from The Beach running through my head. Despite the grapes not being in season, there was something about the ordered rows of dead plants that was quite creepily beautiful, and with views of the surrounding hills I realised that we were much more encased in the valley than I originally thought. 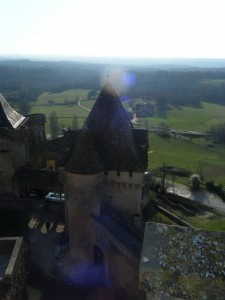 That afternoon, Phillip took us on a long and windy drive through the hills to the Chateau de Biron near the Dordogne. Graham and I wandered around on our own, up the spiral staircases, to the tops of the towers and to views that stretched for 30 kilometres, and back down again, lost in constant conversation. We stopped at another couple of bastide towns on the way home, and listened, enrapt, to Phillip’s fascinating history of the Nazi occupation of the area. I couldn’t help but recall that chilling opening scene in Inglourious Basterds and wondering about the impact of the invasion of sleepy French towns by dominant forces.

On a cheerier note, I absolutely thumped Graham at Wii Bowling that evening. It’s the first time I’ve convincingly beaten him competitively (bloody Scrabble), so I’m sure he’ll allow me to gloat in this victory.

Waking up with Wii shoulder on Sunday, I felt disappointed that the trip was so rapidly drawing to a close. We took Duchess out again for another vineyard walk, before heading up to Belaye for panoramic views of the Lot valley and another short stroll around the village. All packed, and back in the car again, for a scenic drive back to Toulouse airport, which is apparently ‘only’ six hours away from Barcelona.

I was sorrowful that such a lovely trip had to come to what felt like such an abrupt end, but as Graham keeps reminding me, it was only my first visit.

I’ll definitely be lifting my glass (probably bottle) of red to many more visits ahead. 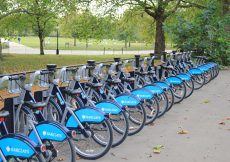 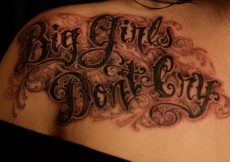 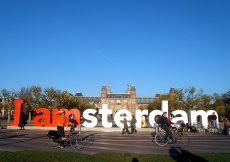