Well I was hardly going to turn down an invitation to this, was I? Mark Frith, Editor of Time Out magazine and former editor of Heat and Sky magazines, was going to be speaking at a UJIA media networking event called ‘Magazines Exposed’. And I was going to be sitting in the audience, eagerly listening to a man whose editorial career is as admirable as Piers Morgan’s.

In an open and measured manner, Frith spoke frankly about how his career began (“I just always loved magazines”), how he experienced the age-old story of a school career advisor telling him he was much too shy to make it as a journalist, and how his initial break over 20 years ago editing the University of East London’s Student Union newspaper just came down to luck.

Back then, in the lofty days of magazine hedonism when budgets were endless, there were plenty more editorial roles around. And once Frith had the word ‘Editor’ on his CV, a coveted editor role with Smash Hits magazine was just around the corner. He was just 23.

His taste for all-things celebrity was acquired through writing stories about Take That, a band whose presence dominated the charts and were almost solely responsible for bringing back pop.

Then it was on to Sky magazine (RIP), before proceeding to a little-known start-up magazine called Heat. A prominent member of the initial production team, Heat was intended to be the UK’s answer to the US’s Entertainment Weekly: a smart, grown-up wordy commentary on entertainment, whose target audience were…(pregnant pause)…men. Frith banged his head on his newsdesk while Heat’s competitors mocked their paltry sales.

Then he secured an interview with Victoria Beckham, and everything changed. He quickly realised that interviews needn’t be exclusives, they could be snippets of information turned into stories, or even sketchy write-ups of people who were barely classed as celebrities. Nothing supported this view more than the launch of a strange television social experiment called Big Brother, which would launch a ‘Heat Generation’ of devoted readers gagging to discover the dirt on these ordinary people who, for better or worse, were deemed celebrities.

A year later, and Frith was at the helm of Heat, as editor.

And so after ten years of industry awards, increasing weekly sales from 40,000 to upwards of 400,000, heart-sinking legal letters and the “dark days of celebrity” (Britney Spears, Amy Winehouse and Kerry Katona anyone?), Frith decided to approach the publishers of Piers Morgan’s The Insider, seeking to write a the magazine world equivalent of similarly salacious, tell-all saga covering the notorious nineties and noughties.

These days, Frith edits Time Out magazine – probably the best job on earth, in my opinion – and appears regularly on television programmes including BBC’s Liquid News and The Apprentice: You’re Fired.

Frith is confident in the future of the print industry (magazines in particular), which seems fair enough given how immersed he has been in the culture. I wasn’t in total agreement with his take on print media being able to stand its ground against digital, and was surprised that he wasn’t on, or didn’t seem to see the value in, Twitter.

The talk was only slightly tainted by a daft woman who wanted to share her ridiculous subjectivism and ask what made “vacuous” and “untalented” celebrities interesting enough to put on the front cover. How about because it’s total escapism, appeals to its audience, and most of all, sells?! Just a bit of logic and basic business sense there.

I asked him how he gained the respect of more senior, more experienced journalists (“be right all the time”), and what it takes to make a successful editor (“unswervingly believe that you are the one person who is more passionate than the other 49 interviewing for the job”). All very affirming.

Clearly brilliant at what he does, I came away feeling inspired and uplifted. Harder, better, faster, stronger…

Mr Frith – not only are you my career hero, but you seem a genuinely nice bloke. Keep on editin’. 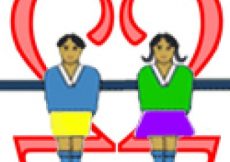 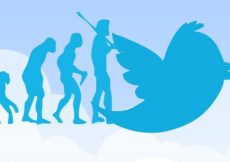