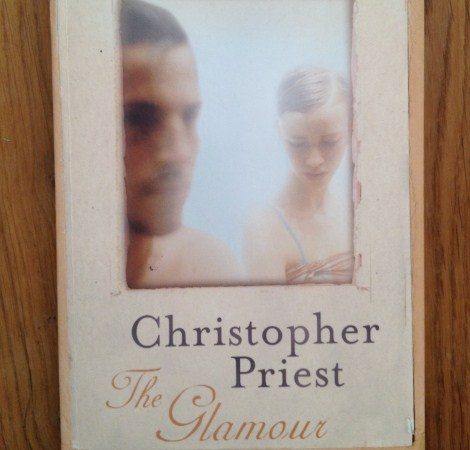 Unless I’m lying on a beach, it’s not all that often I devour a book in a day. Usually I squeeze reading in when I can – on the tube, on a bench at lunchtime, before I go to sleep. Even though I’m a pretty fast reader, it’ll take me the best part of a week or two to complete a book, grabbing the occasional solitary hour here and there.

Not so with my most recent foray into fiction: Christopher Priest’s The Glamour, which has been on loan to me since my visit to France in March. Feeling slightly guilty for concealing it on my shelf, and for unfairly being unmoved by its cover (don’t judge, don’t judge) I decided to give it a try…and was done within a day.

What can I really say about The Glamour? Not much, without revealing what ‘the glamour’ actually is. I realise this is rather unhelpful now – as a kind gesture, I will reveal all later (stop reading, if you care).

But I don’t need to go into immediate detail to tell you that reading this novel was one of those great experiences that make you reassess yourself; you look up, and get that peculiar feeling you’ve changed, somehow. Not surprising, giving that one of the key themes of the novel is the presence/absence of self/identity…along with love, loss, madness, sanity, jealousy, mystery, psychoanalysis and memory…to name a few. Starting to get why I was hooked?

The story begins in hospital with Richard Grey, a BBC cameraman who is suffering with amnesia from the past six months of his life, following a car bomb explosion. Enter Susan, or ‘Sue’ (her rewritten, other self) who claims to have been Richard’s girlfriend, but who Richard has no recollection of.

What follows are two opposing versions of their love story, stained by Richard’s jealousy of Sue’s former lover Niall, and Sue’s inability to escape self-destruction. Their love is potent; fast at first, then embittered, then dangerous as both of their memories create battling narratives.

Halfway through, struck with the revelation of what ‘the glamour’ is and that all three central characters possess it, I had to suspend my disbelief and roll with the whole sci-fi element – easier to embrace than I first thought it would be. Spoiler alert: ‘the glamour’ is the presence of absence, being seen without being seen, or invisibility. Yes, really. Believable invisibility.

Priest’s world of invisible otherness draws his reader into the madness with surprisingly fluid ease. I found myself imagining a new race of glamourous people, living among us, unnoticed. I wasn’t fooled by the solitary psychoanalytical train of thought that the glamour was ‘negative hallucinations’; I believed the fairy story.

Now to the core: The Glamour opens up a world of sinister possibilities – one where you can point a camera in a terrorist’s face, where you can sleep in a stranger’s house, where you can rob banks, where you can rape (a harrowing scene that read like a passage from A Clockwork Orange). It’s the whole flawed hero argument: you might be a superhero, but you’re also a criminal.

As an examination of amnesia, psychoanalysis and memory, and as a gripping sci-fi story, The Glamour shines. But as a real insight into human behaviour and the most basic of desires, it radiates. It sparkles. It’s, well, glamourous. 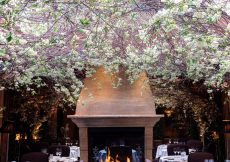 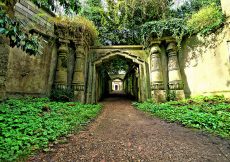